So every July in Sunderland roughly 1 million people descend on the sea front at Roker over a weekend in order to observe the wonders that take place in the sky overhead.

If you’ve been before you will know exactly what to expect but if you haven’t just imagine mums dragging their kids away from the endless stalls giving away huge Minions whilst dads point their DSLR cameras at the sky hoping to catch a close up of the Red Arrows.
Its a manic weekend (especially for travelling) but one that always goes down well with a great atmosphere and some brilliant sites in the skies over the sea.

Since 2012 I’ve been lucky enough to work at the event for a radio station, 3 to be precise in 4 different job roles: 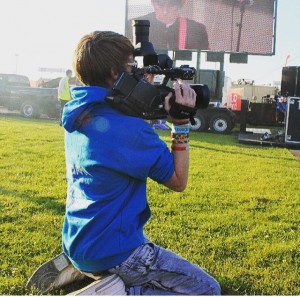 2012: Spark FM – Visual Director
My first Airshow was also my first week with Spark FM in Sunderland in which I was lucky enough to be asked to direct their first ever visual live stream of the Airshow. In what was a complex set up, we used a tricaster and 4 cameras based around the Marriot in Sunderland where we were situated which pulled the footage back onto the PC’s we had set up. We broadcast a live visual stream online for 14 hours over the weekend which also included pre-recorded packages aswell slotted into the gaps. 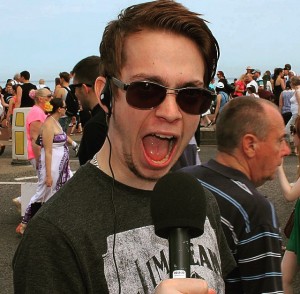 One Year on and we went with the visual stream again, but this time we thought we would make it more complicated with a simulcast combining the efforts of Radio and TV. My role over this weekend differed slightly in regards to visual with my role overseeing the director which meant I could also spend stints presenting on air and to camera. I honestly believe presenting to camera whilst also on radio is one of the more difficult things you can do as you have to take into account those that are watching and those that are listening. 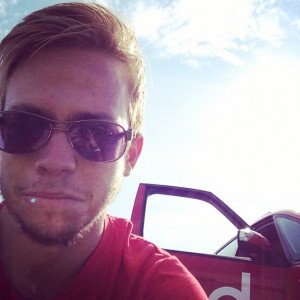 2014: Heart North East – Street Team
Last year I was well and truly on the front line for Heart, basically tasked with walking the streets of Roker talking to everyone, handing out flags, taking pictures and just getting the Heart name out there. Thankfully the weather was incredible, maybe a bit too incredible, as by the time Sunday had come to a close, I was well and truly sunburnt! 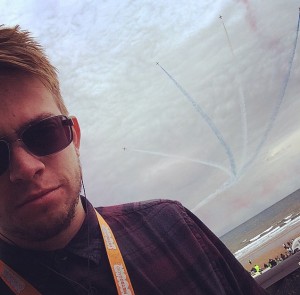 2015: Metro Radio – On Location Producer
Every year Metro Radio broadcast live throughout the weekend from The Pullman, based just across from Roker Beach. The view from balcony in which we broadcast from is incredible, potentially the best view of the airshow! My role all weekend was to assist the presenter and monitor the programming side of things from the Airshow. Grabbing families and lining up potential interviews was another big part of the role.