Music Channels are usually used when you have nothing else better to watch on TV, normally you flick through them constantly trying to find that one song you actually want to listen to. Back at the start of this year I was doing just this when I stumbled across Kerrang and a band that immediately caught my attention, The Qemists.
The track in question was Run You which I am still a huge fan of and this prompted me to investigate The Qemists further. Turns out I have known about them for years, they are even on my iTunes, however it seems they have taken a new direction in their music, one that sits well with me. 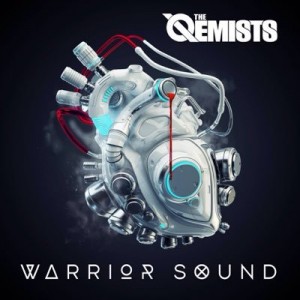 When they released Anger I was well and truly hooked. Anger is a track that I cannot get enough of, from that first note on impact, followed by the huge introduction of both the Qemists and Crossfaith (the track features Kenta Koie from the band) and then the kick in of the song, it all works!
Its the sort of song that you need to play as loud as possible, its a pump up track, a track that makes you want to throw a chair out of a window, and one that would be incredible to see live. The drum beat really hits hard and there is just the right amount of screaming to vocals. Plus the chant breakdown towards the end of the song is pretty much perfect, no matter what mood you are in, it immediately raises your spirits in a way that makes you want to scream ‘fuck it, Im getting back up and going again’!

Ive recently purchased the bands latest album Warrior Sound which I am hooked on, and despite having a lot of love for many of the tracks on the album, Anger still stands out!

Don’t believe me? Listen for yourself… but make sure your speakers are turned way up!