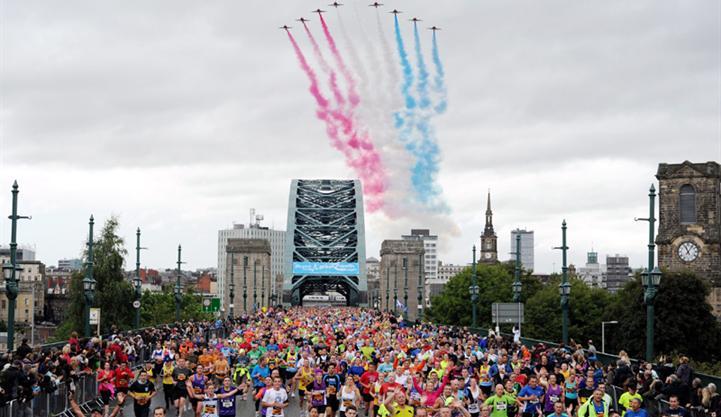 Having lived in the North East for 5 years, the Great North Run is something you cannot get away from.
From endless road closures, to huge advertising and social media posts its everywhere you look, but this isn’t necessarily a bad thing, in fact its a very good thing! 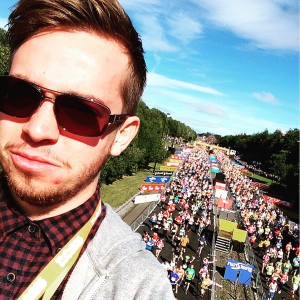 I worked at the event last year from the finish line but this year was the first time I worked within the media section, and the first time I experienced it all first hand from the very start, and wow, what to say.
People always say you can’t describe the atmosphere of the Great North Run unless you are there, watching on TV has its perks but doesn’t compare to being there! The people, the feeling, the buzz, the noise and that’s all before it starts!
My role with the event this year was a producer role with Metro Radio working from the Quayside on the Saturday for the Great North Games and on Sunday working the start line 7-11, the finish line 1230-4 and then back at the studio from 6! 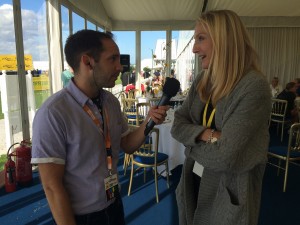 Don’t get me wrong it was a long weekend, and driving from the start line to finish line wasn’t the wisest choice (taking 2hours 45 minutes as oppose to the usual 20 minute journey!) but the adrenaline kept me, and a lot of other people, going. 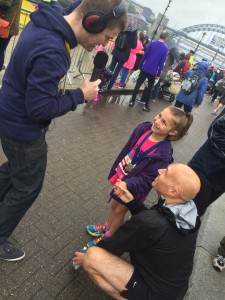 The people that battled through various personal obstacles to run the event, all on behalf of so many different, but equally worthwhile charities. Standing at the finishing line, seeing and speaking to so many courageous people who completed the run really hit home what some people go through!
But it wasn’t just about the runners, it was also about every single person that lined the streets in support, those that travelled miles to cheer on friends and family, and those that wandered a few yards from their houses to clap, motivate and even give out food and drink. 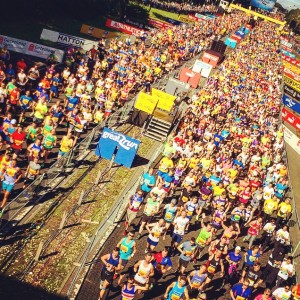 The Great North Run isn’t just a run, its an event that shows just how great the North is!